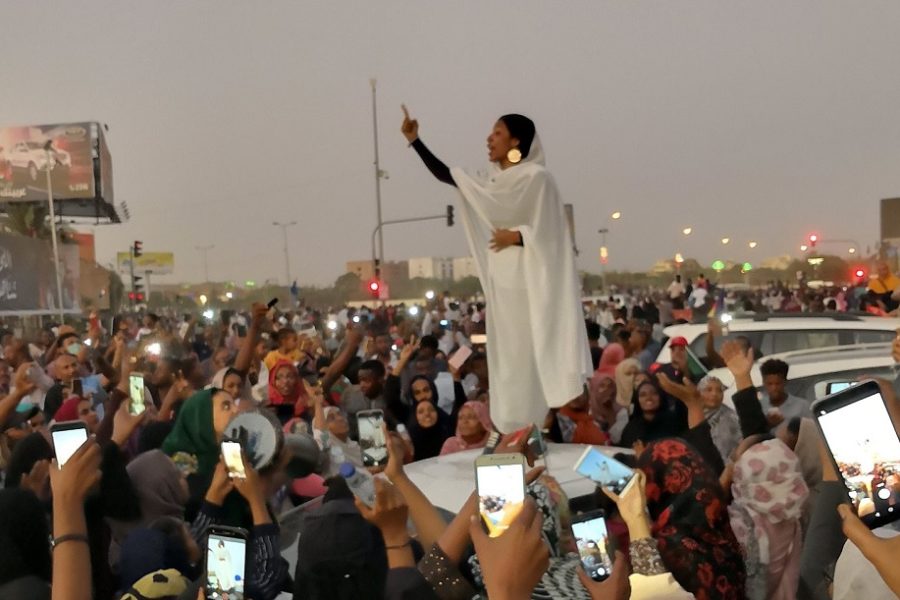 
Protests have been rocking Sudan for months now. The country has been facing a severe economic crisis, with inflation skyrocketing to over 60% in June last year and peaking at over 70% in December. Prices for energy, transport, fuel, medicine and food have reached record levels and shortages have caused long queues at stores and petrol stations. Obtaining cash from banks has been difficult too. At the same time, approximately 5,5 million people (on a population of about 40 million)…

Protests have been rocking Sudan for months now. The country has been facing a severe economic crisis, with inflation skyrocketing to over 60% in June last year and peaking at over 70% in December. Prices for energy, transport, fuel, medicine and food have reached record levels and shortages have caused long queues at stores and petrol stations. Obtaining cash from banks has been difficult too. At the same time, approximately 5,5 million people (on a population of about 40 million) suffer from food insecurity.

All this boiled over into widespread discontent, with public protests and demonstrations beginning in December 2018. The regime of Omar al-Bashir, in power since 1989, is accused of mismanaging the economy. Calls for al-Bashir to step down quickly rose from the protesters.

The protests have not been limited to Khartoum, Sudan’s biggest city and capital. According to Amnesty International, there have been over 700 protests since December, in each and every one of Sudan’s eighteen states. While Sudan has known civil unrest in the past, these seem to be the largest-scale and most widespread protests the al-Bashir regime has ever faced in its thirty years in power.

The protests started spontaneously on December 19th, sparked by high school students in Atbara City who protested about the steep increases in the price of bread. Staggeringly, nearly 70% of Sudan’s population is under 30 years old, meaning they have never known any other political regime other than al-Bashir’s.

The government’s response to the protests has been harsh. Amnesty International received reports from inside Sudan that 37 protesters were killed in the first few days. Al-Bashir declared a yearlong state of emergency in February.

The Sudanese government also instated an internet ban on December 21s, which ended in February, but has since been reinstated. Sudanese protesters have been using VPN to circumvent the ban and have been posting on social media under the hashtags #SudanUprising and #SudanRevolts. With a relatively high internet penetration (approximately 30% of Sudanese have regular access to internet), the regime has been unable to stop reports getting out.

The protests have been joined by the Sudanese Professionals Association (SPA), an alliance of trade unions that includes teachers, doctors, engineers and journalists. They also have the support of Sudan’s opposition parties.

On April 6 the SPA called for a protest march in Khartoum. Tens of thousands of protesters responded to the call and staged a sit-in at al-Bashir’s residence – a compound which includes the offices of the defence and intelligence services.

The date of this latest protest is not random. On 6th April 1985, Gaafar Nimeiry was ousted as president of Sudan in a coup by his defence minister General Suwar al-Dahab. The implicit connection made by today’s protesters may have caused additional jitters in government circles. Now, as then, it may come down to the military.

It is difficult to say at this moment what level of support al-Bashir still has within the government and particularly within the security services. There have been some reports of (junior) army officers protecting protesters at the sit-in, whereas police and NIIS (Sudan’s intelligence service) have been attempting to break it up and starve the protesters. If these reports are accurate, it would appear the security services are divided, which may not bode well for al-Bashir’s hold on power.

If al-Bashir does indeed lose the support of the security services, a Bouteflika-scenario becomes more likely, in which al-Bashir steps down in return for the – attempted – preservation of the rest of the regime. As in Algeria, whether or not such a scenario is viable remains in question. And while al-Bashir has the ICC warrant hanging over his head, he may not be willing to leave his position.

One particularly noticeable aspect of the protests has been the leading role being played by women. Sudan under al-Bashir has not been a good place for women. Thousands of women have been flogged for ‘indecent dress’ (such as wearing pants), women cannot travel or work without permission of their male guardian, nor are they allowed to study some fields, such as engineering. The government of al-Bashir for the past three decades has pushed a fundamentalist interpretation of Islam.

The legal age for marriage in Sudan is 10 years old and marital rape is not prohibited. The sad case of Noura Hussein Hamad Daoud is illustrative. After being raped by her husband, Noura killed him in self-defence when he tried to rape her a second time. For this, she was sentenced to death. While her sentence was commuted to five years in prison under international pressure, the prosecutor has appealed.

But now Sudanese women are taking the lead in the protests and showing the world that they are not victims, but powerful agents of change. There have always been strong female voices in Sudan’s civil society and political parties – such as Fatima Mahmoud, the first female MP in Sudan and by extension the Middle East, in 1965. Now women are leading the protests and demanding they be heard and seen as well.